I currently have 2 pedal steel guitars in my collection which are as follows;
1. Show Pro SD10 (2015)
A Show Pro was my dream guitar as a 16 year old. Back then I played an old student model that mechanically had seen better days. My dad had always played his legendary Sho-Bud Pro 1 since the 1980s, through to when I was growing up. Because of that I became a big Sho-Bud fan. A new Show Pro was something that really fit the bill. Cosmetically they were beautiful, mechanically they were smooth, tonally they could either go for a modern tone or have a vintage Sho-Bud style of tone, and also the sustain was incredible.

As a gift for a combination of my 18th birthday and graduating school, my dream finally came true thanks to my parents. Throughout 2015 my Show Pro was built by Jeff Surratt and his army of workshop employees in Nashville, Tennessee. The choice of finish was inspired with something I said to my dad at a very young age. Just as my dad was leaving for a 2 week trip to Nashville my 5 year old self said "Dad, please can you bring me back an orange pedal steel?". On that occasion I ended up getting a tiny gift shop guitar...but 13 years later I got the real deal. 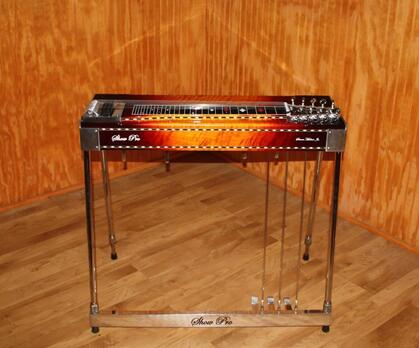 ​2. Hudson Hudsonator - Resonator Pedal Steel. (2020)
What can I say about the Hudson? Well, it's definitely unique and extremely rare.

​Another guitar I've wanted for a long while is a unique kind of pedal steel called a "Pedabro". If you've listened to Randy Travis' "Forever and Ever Amen" and was amazed by the Dobro playing on that song, well I'm sorry to tell you, that wasn't actually a standard resonator guitar. What it was, was an instrument called a "Pedabro". This instrument is a combination of both a pedal steel and a resonator guitar and was invented by both Paul Franklin Sr and Jr. The Pedabro became a huge success and ended up on a lot of hit country music records.

There were only around 25 Franklin Pedabro guitars built before they finished production. Due to the rarity and the fact a lot of these guitars were on hit records, they quickly became collectors items and have risen to astronomical prices. Fortunately for my sake a steel guitar builder came to save what was a lost cause for me, Jimmie Hudson.

Jimmie came along to build his "Hudsonator" line of Resonator Pedal Steels. It sounds sweet, retains an authentic resonator sound, is loud and has solid mechanics underneath to give the pedal steel bends of a Pedabro. I'm very happy to own this instrument because without him it wouldn't be possible. Away from the Franklins and Hudsons, there aren't many other 10 String Resonator Pedal Steels in existence apart from experimental home builds. 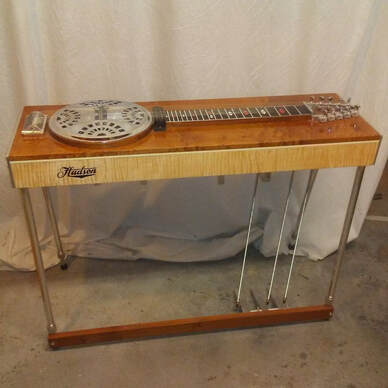